The LBCD is a broad academic space with modern facilities and the latest equipment for the training of professional excellence. In addition to the various lines of research developed, the LBCD performs analyzes for doping control, fundamental in promoting the sporting ethic and level playing field between competitors. Responsible for doping control and the Olympics Paralimpíadas Rio 2016 Pan American Games in 2007 and other events, is the only laboratory in Brazil accredited by the World Anti-Doping Agency (WADA-AMA).

Development of methods for detecting dopants, with emphasis on mass spectrometry techniques, chromatography and bioassay.

Urine and blood analyzes of Brazilian and international athletes in search of prohibited substances and methods defined by the Prohibited List of the World Anti-Doping Agency (WADA-AMA).

Statistical evaluation of the urinary and blood concentrations of hormones or biomarkers for establishing decision limits for exogenous administrations. 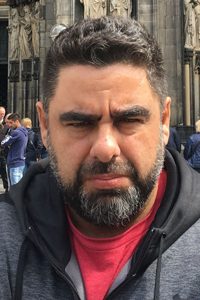 Brazilian Laboratory Coordinator of Doping Control (LBCD - LADETEC / IQ - UFRJ), laboratory accredited by the World Anti-Doping Agency (WADA). He has a PhD in Organic Chemistry from the Federal University of Rio de Janeiro (2004). He is currently Associate Professor of Chemistry Institute - Federal University of Rio de Janeiro. It has experience in Analytical Chemistry and Analytical Toxicology, with emphasis on doping control, mainly in the following topics: Doping in sport, gas chromatography, liquid chromatography, analysis of residues in biological matrices and mass spectrometry and analysis of proteins by tests biological. In 2008 he became an affiliate member of the World Association of Anti-Doping Scientists (WAADS). Level 2 Researcher (CNPq - 2010-2016).